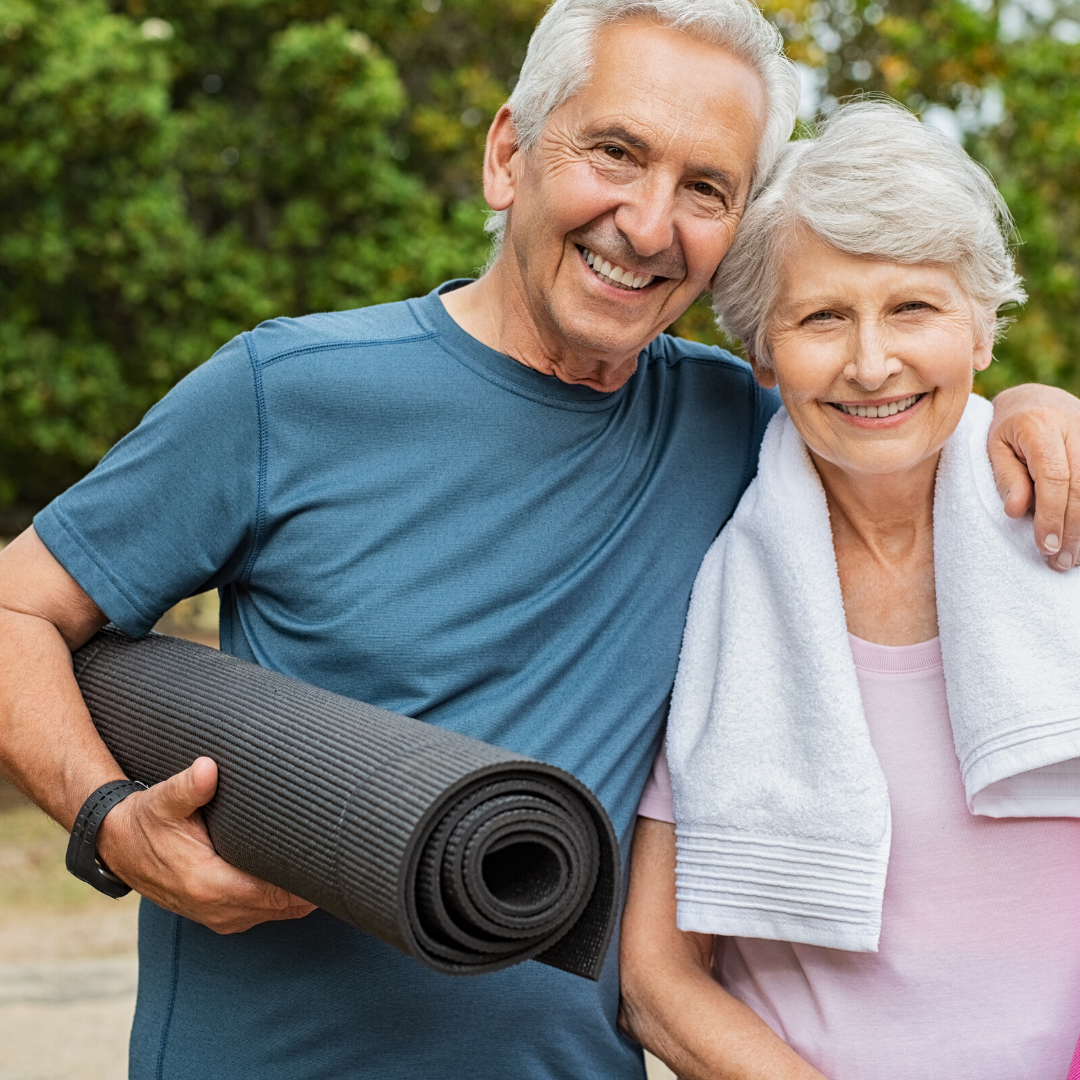 Ready to be full of energy, strong and get back to 'the old you'?

The Healthy Hearties Inner Circle is designed to overcome all of the obstacles that can come with having a heart condition.
Does this sound familiar?

+ You have a heart condition and want to know what to do next
+ You've tried to do a few things but would like more confidence to exercise by yourself
+ You aren't sure what exercises are safe for your heart and want safe guidance from a professional
+ You are tired of being tired, grumpy and frustrated and know that you're capable of so much more
+ You want a safe, progressive program to follow that isn't complicated, time-consuming or boring!
+ You've been looking for help, support and someone to fight in your corner who is a cardiac expert
Then come and join hundreds of others who have a heart condition who have become 'Healthy Hearties' and are living their lives to the fullest again.
The Healthy Hearties Inner Circle will help you to overcome your fears, get fitter, lose weight, have more energy and get into a safe, fun exercise routine, all for less than a cup of coffee a day! 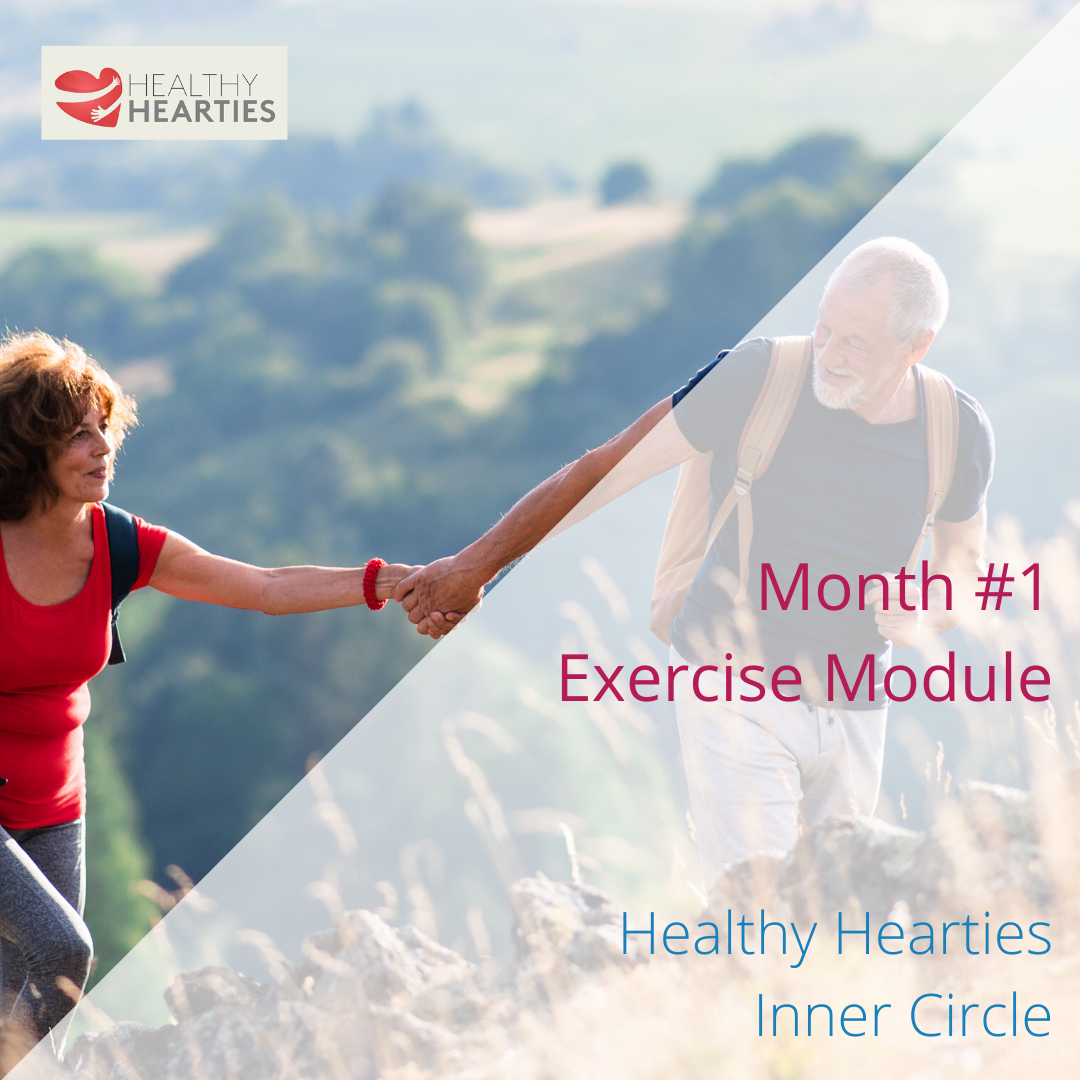 Exercise Module: Every month you'll receive information on how to gradually build up your fitness with a heart condition. You'll have videos to watch and homework to do!
We work on gradually building your fitness pyramid and making sure each level is strong enough before moving to the next. 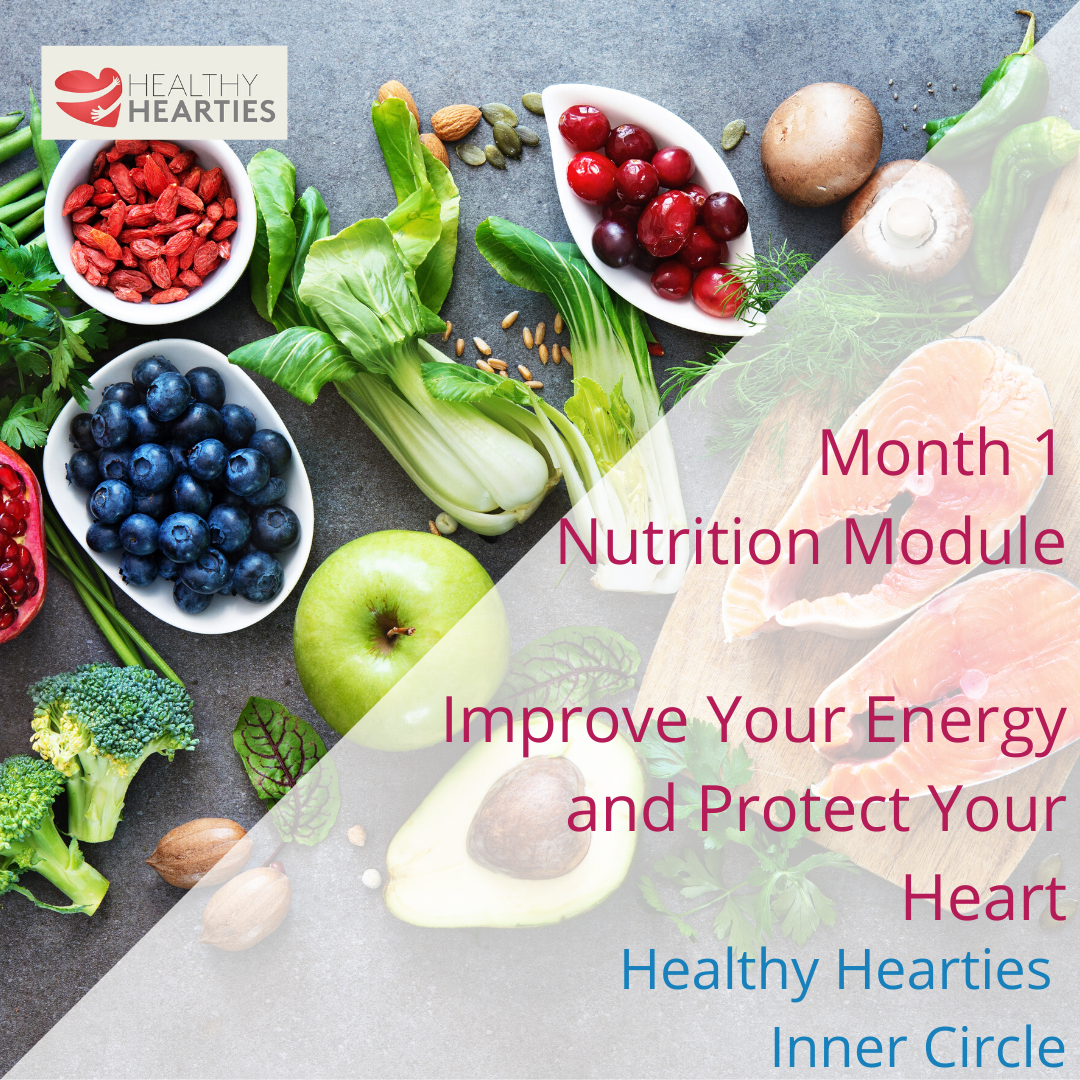 Nutrition Module: How to ensure you're eating the right foods for your heart. Each month you'll receive easy to follow recipes, easy ways to improve your energy, speed up healing, improve your metabolism and keep your heart strong. 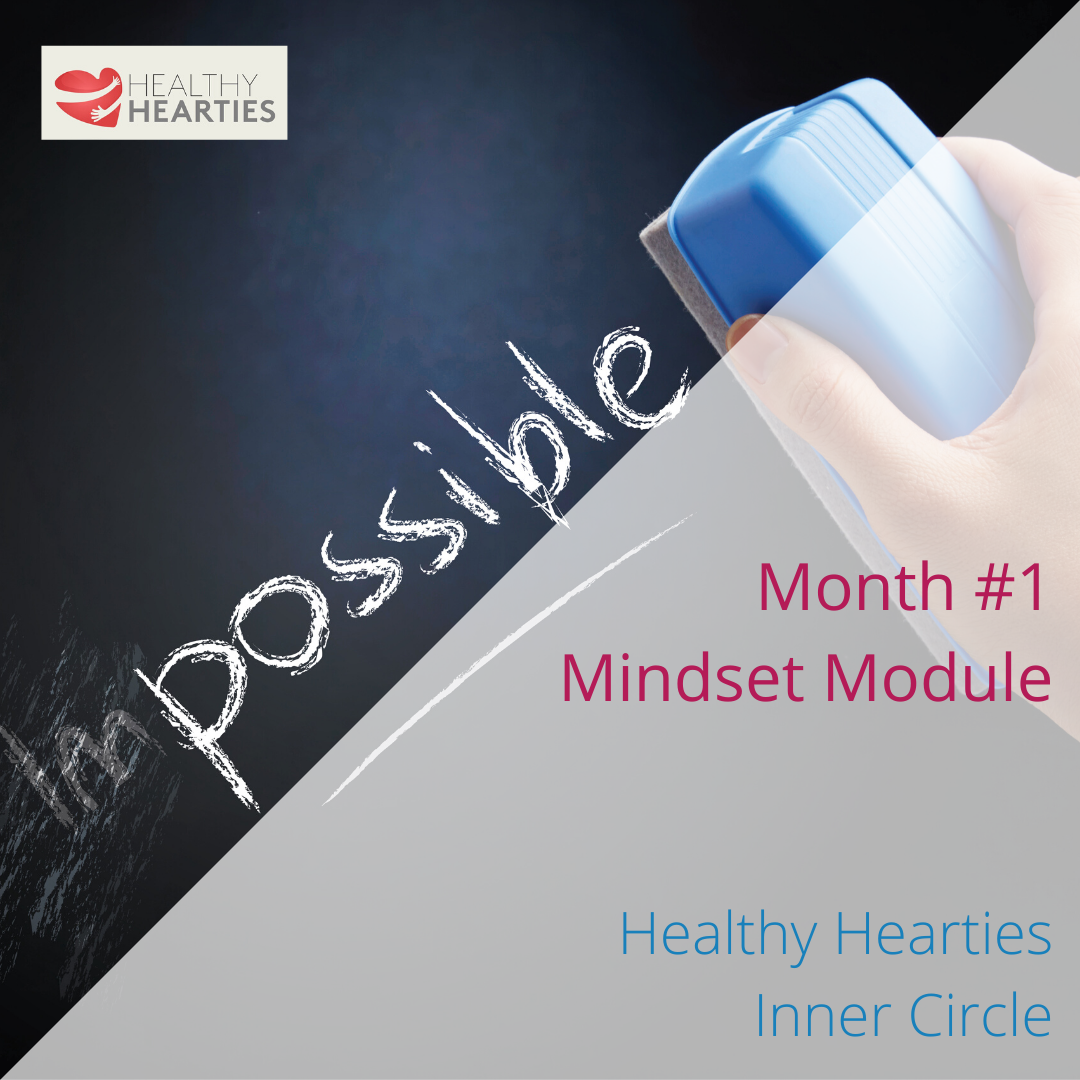 Mindset Module:
When you've had major surgery or are living with a heart condition it's crucial to address the roadblocks that can hold you back from living your best life. Each month we focus on a different topic that will help you to feel in control, happier and confident to move forward. 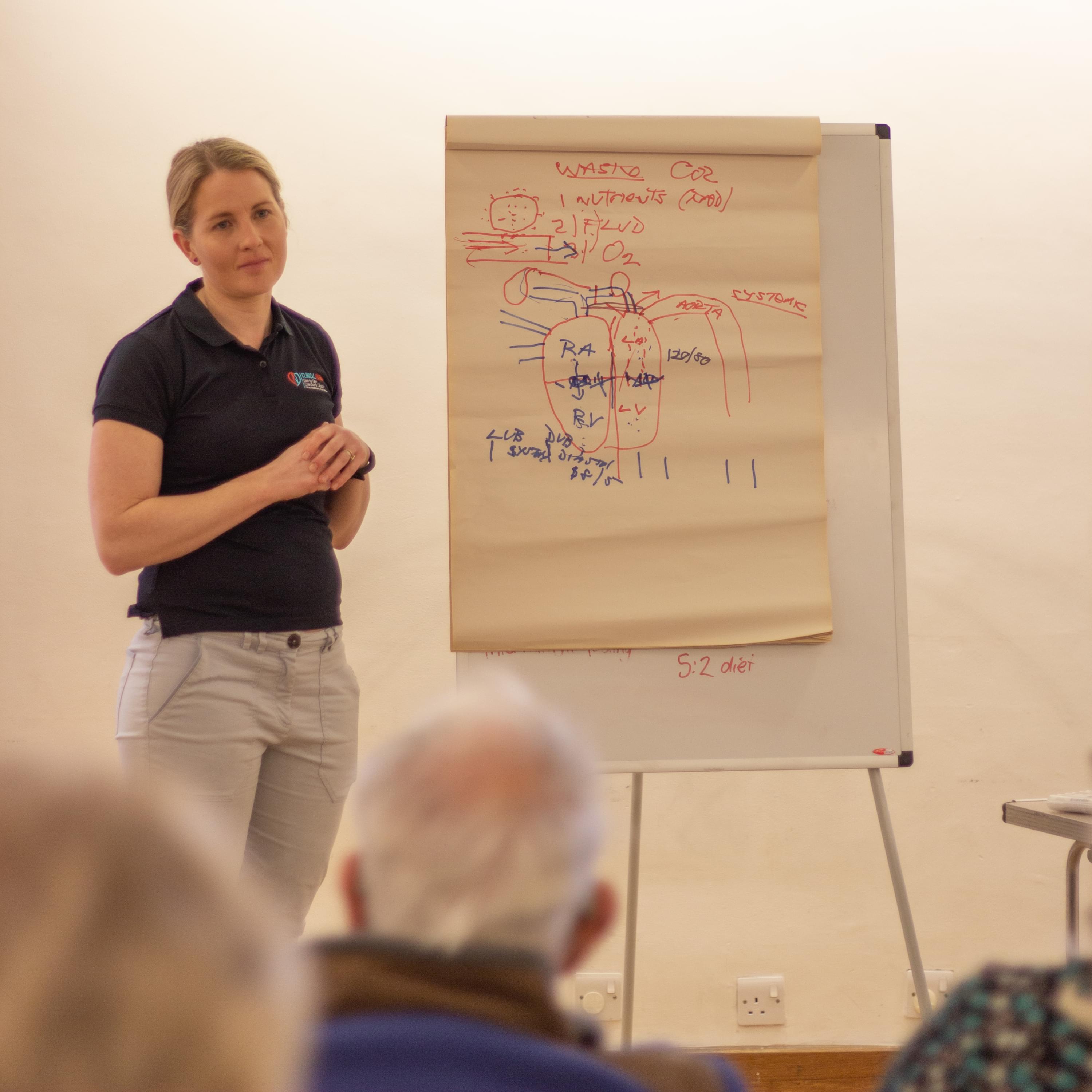 Monthly Online Q&A with Angela Hartley: Got a burning question? Get access to ask Angela who is on your side to help you get the most out of life. Ask questions, get feedback, learn what to ask your doctor and listen to the stories of other Hearties. 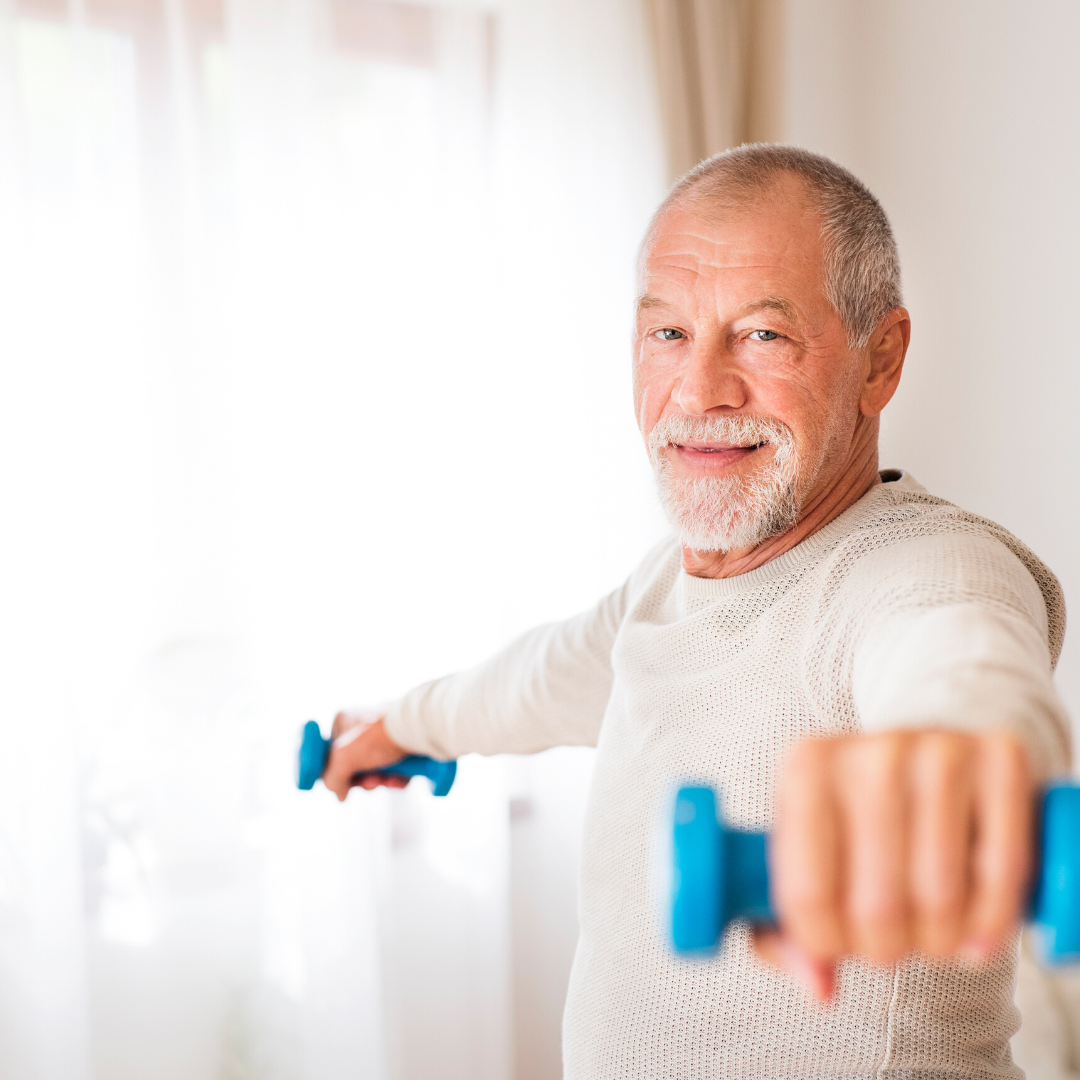 Weekly online exercise classes: Join in with Angela and the other Hearties and do some fun, safe and effective exercise! Each week we make it different, offering different options to ensure you're working at a level appropriate for you. 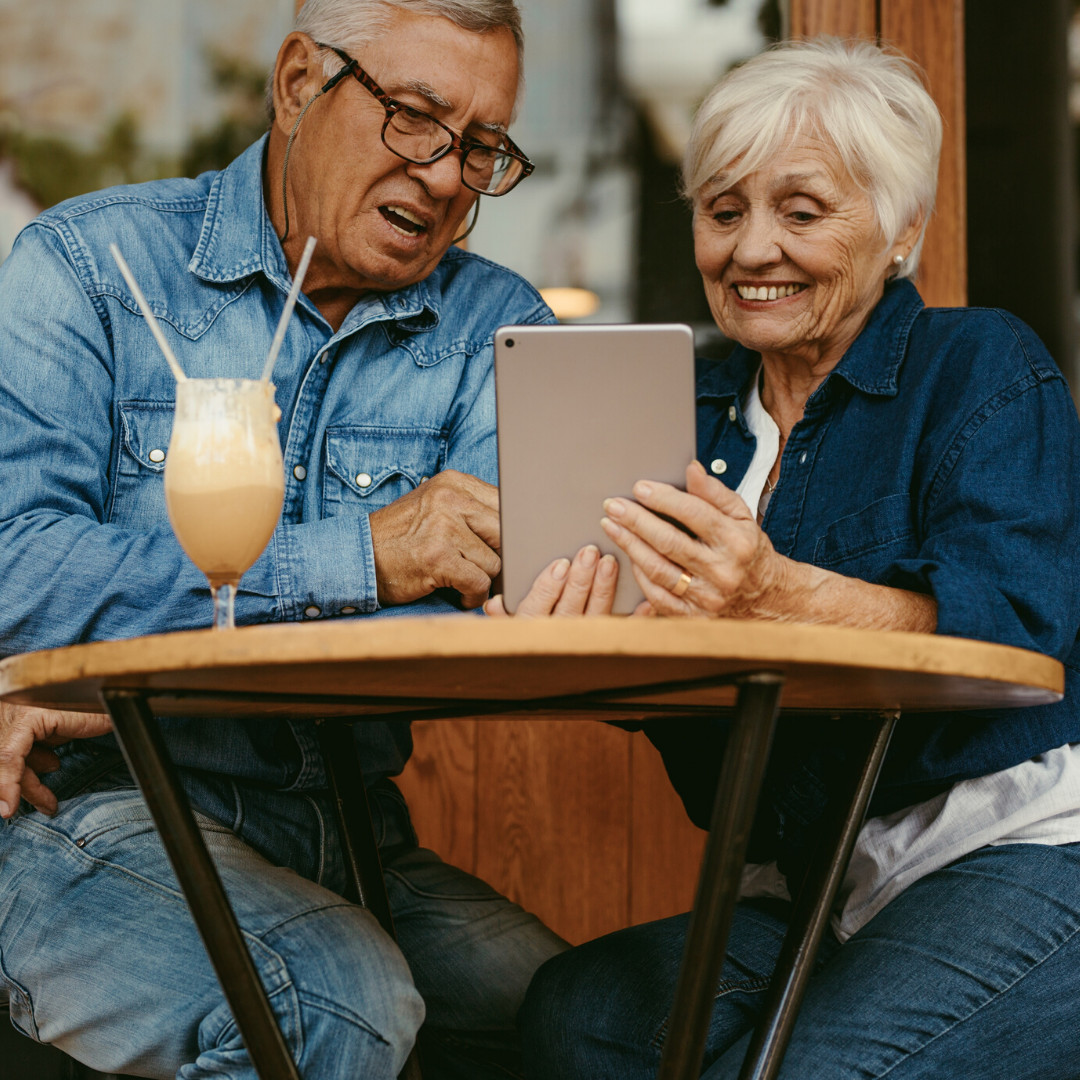 Monthly online coffee 'catch ups': It's so important to feel part of a group and know that you're not alone. Join all of the Hearties for a monthly catch up to share stories, tell jokes, have a moan and get inspired by others!

Bonus:
My Energy Zappers and Energy Boosters Module: Learn how to get rid of the things that are draining you and holding you back from feeling great. I'll show you the top things that you need to include in your life to boost your energy and get you feeling great again.

What others say about the Healthy Hearties Programs 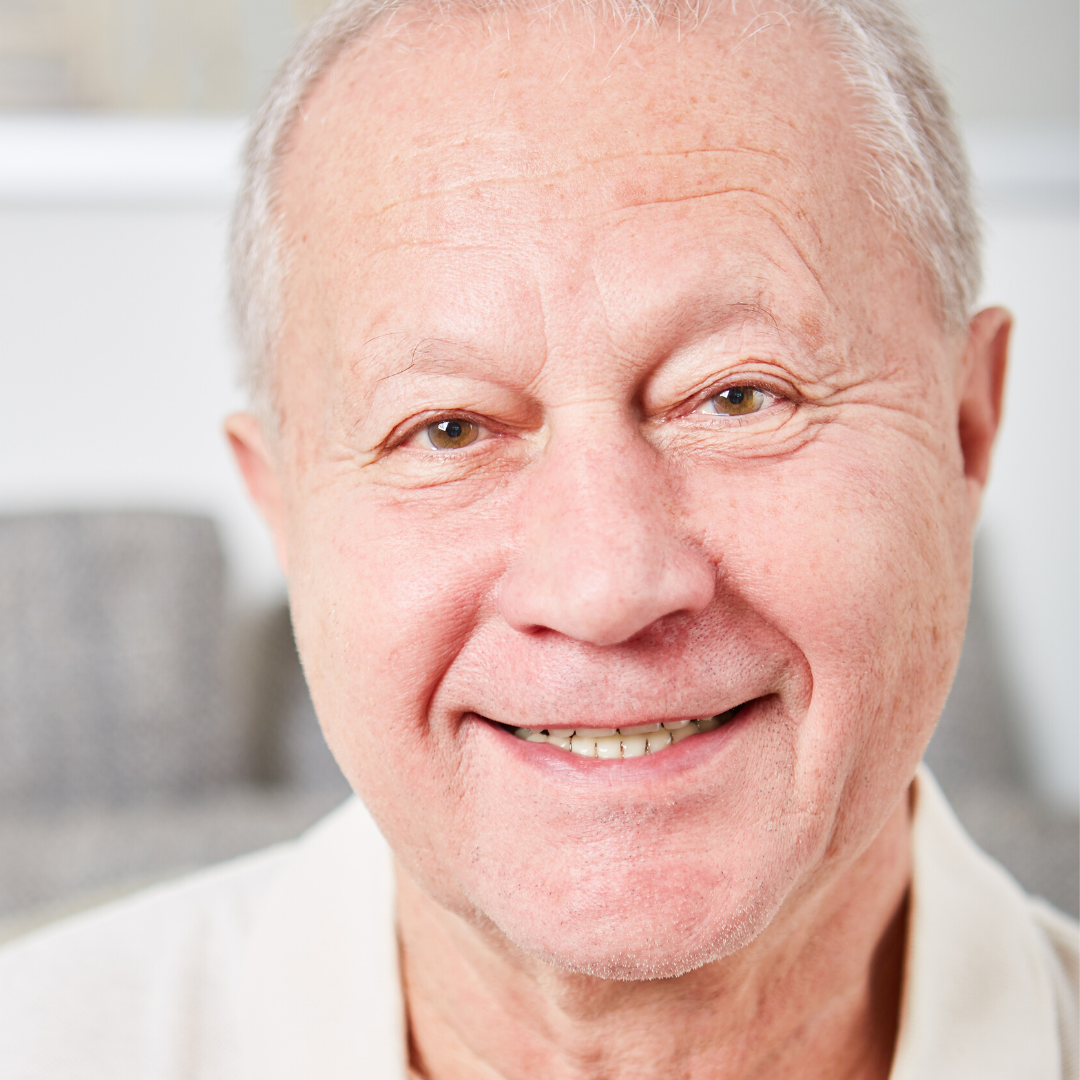 "I had a coronary problem - thankfully recovered - I find the advice given by Angela Hartley to be invaluable. I particularly like her advice in respect of food and her jovial approach to matters. I am sure she has been of great benefit in my recovery".
David C 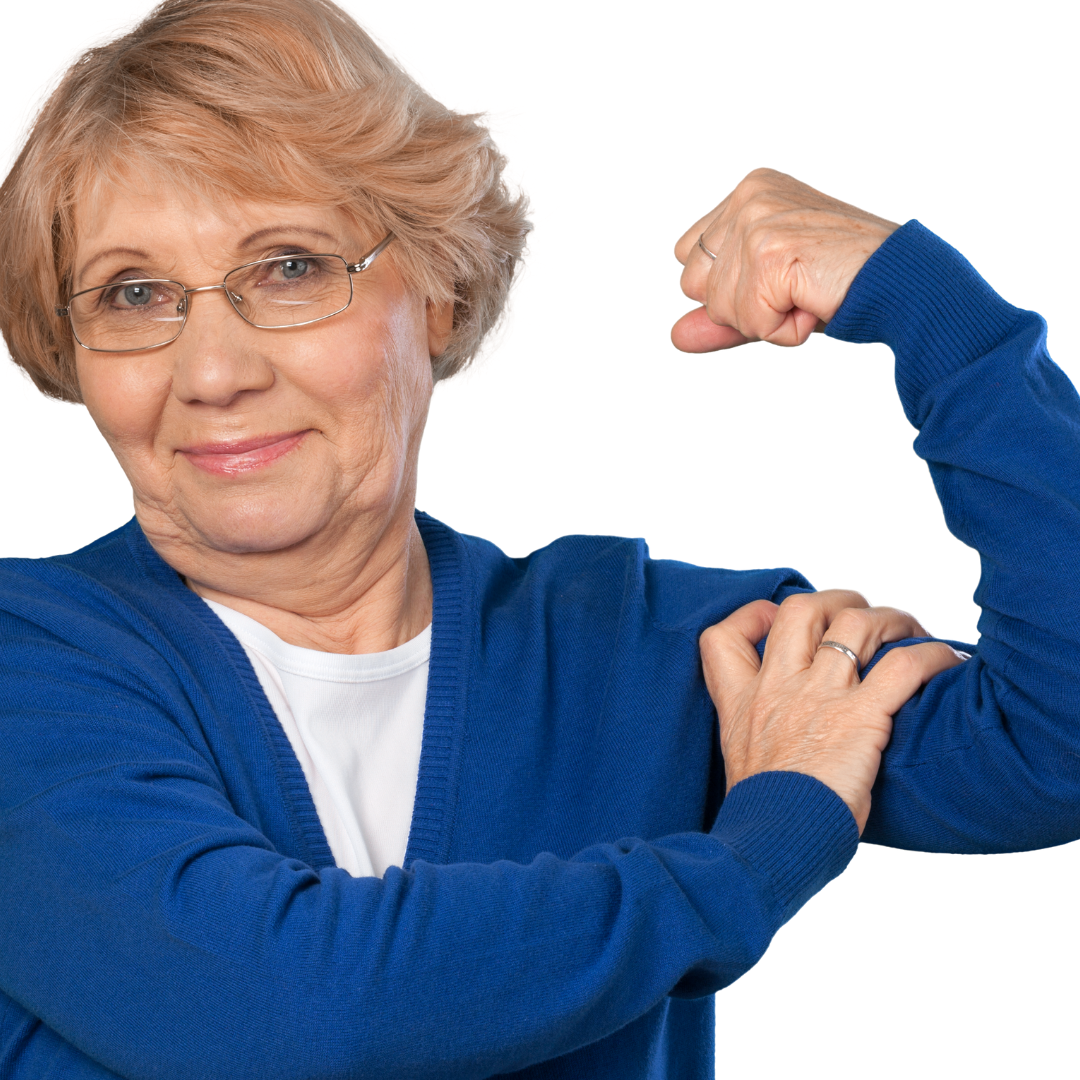 "All I really need to say is that Angela is fantastic. I embarked on a big weight loss journey and Angela supported me throughout, with encouragement and empathy. For anyone looking to lose weight and improve their fitness safely, I'd wholly recommend Angela".
Karenza M 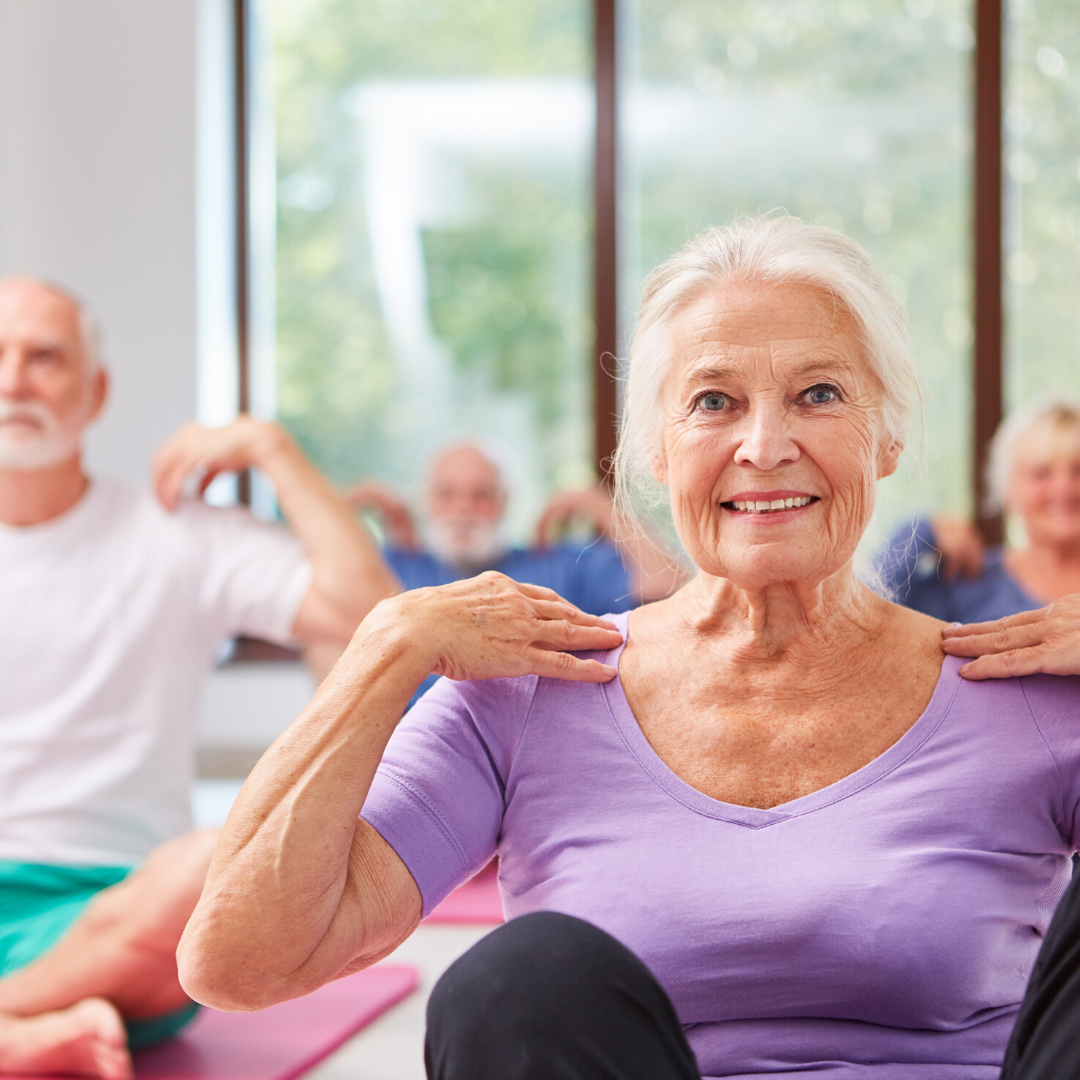 "Angela brings her enthusiasm, support and energy to heal us and pull us up from our pain and fears. I had a heart problem and was so grateful to find Angela who truly helped me get back on my feet".
Anne F

Who am I and why did I start the Healthy Hearties Inner Circle? 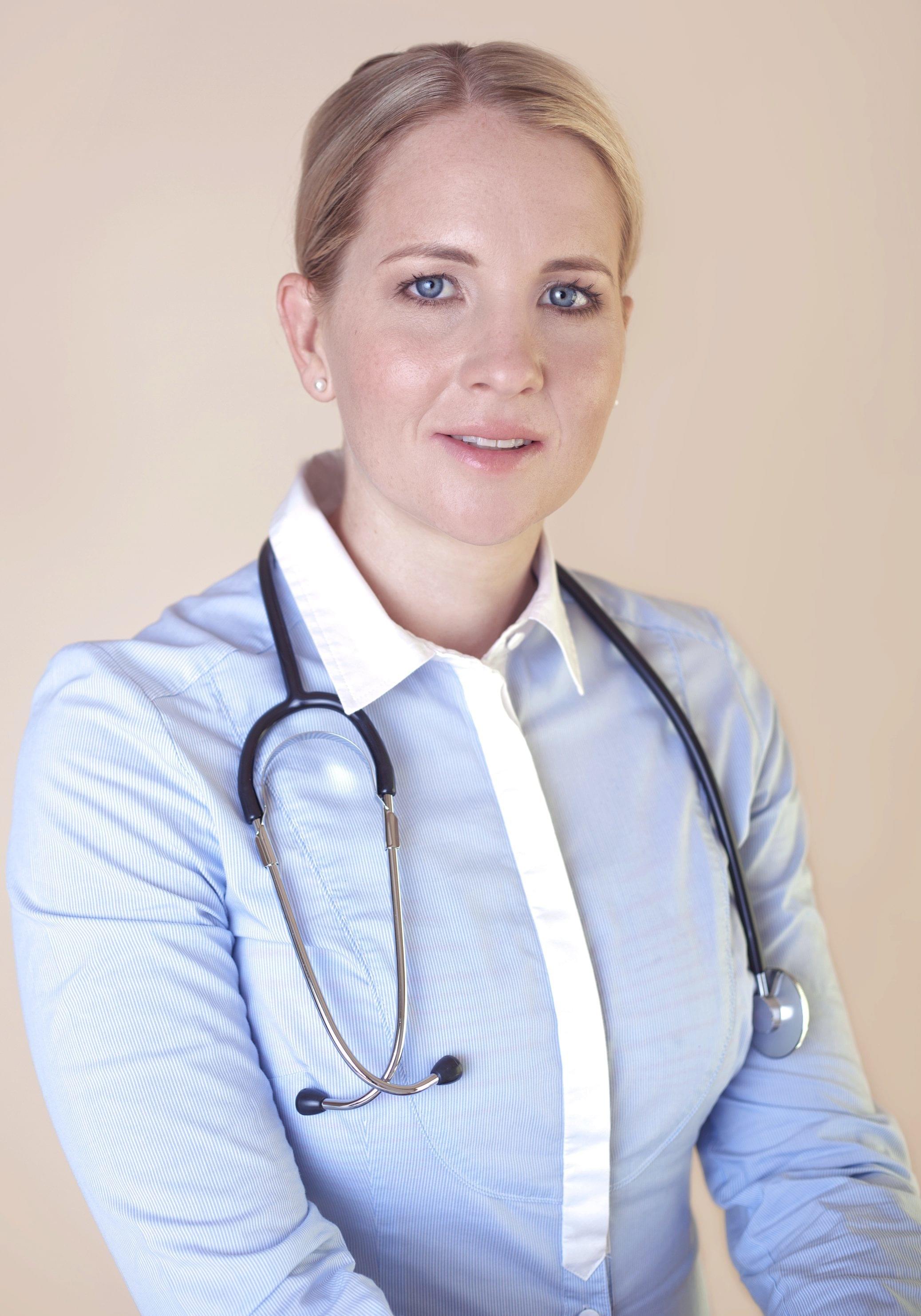 My name is Angela Hartley and as a Cardiac Nurse and Exercise Coach, I realised that there was not much support out there for people with a heart condition once they'd been discharged from hospital or finished cardiac rehab. So I decided to offer it myself!
I started Healthy Hearties in 2014 after hearing the same concerns over and over that my hospital patients were having - they didn't know what to do next, they were scared and they felt they had no one to turn to.
I started offering one to one programmes in my gym and the feedback after just one or two sessions was AMAZING. They felt listened to, they felt their questions had been answered and best of all, they felt they had the KNOWLEDGE to go out and exercise by themselves.
As a mum to two small children, I realised I had a limited number of people that I could help each week. So I decided to move things online so that I could help so many more people get the same results that my face to face clients were having.
I want people with a heart condition to know that I'm on their side. I'm here to listen, answer your questions and make you feel SAFE.
Just like Simon. He got in touch with me over email after he'd seen my Healthy Hearties Facebook group.  He had a heart attack, stents and then kidney failure in 2017 and felt stuck and unsure what type of exercise he should be doing. He had been given very little information from his doctors in hospital and barely saw someone once a year to check his heart.
His follow ups were quick and there was no time to talk about exercise. When he did get a chance to ask about exercise, the doctor answered with a shrug and an unhelpful "do what feels right but don’t overdo it". (The reason that many doctors aren't very helpful may surprise you - your Dr doesn’t KNOW what type of exercise to do!).
Simon had completed cardiac rehab but that was in 2017 and now had no plan to follow. He had asked his GP. "Try walking. And lose weight. But don’t do too much!" Simon was annoyed and confused - am I doing enough? Too much? Can I do more? No one seemed to know! He looked elsewhere for help and support - his family was great, his friends tried but didn't really understand.
That's where I came in - I gave Simon what he needed - someone on his side, listening to his concerns, asking what he wanted to do with more fitness (play golf on holiday, hike up his local hills with his dogs without puffing) and we set a plan in place. He finally was on the right course.
Simon was not an uncommon case - because of a lack of guidance many people with a heart condition lose the confidence to get out there and do it themselves. You WANT to do it, you know you NEED to, you just need help and reassurance that you’re doing it RIGHT. It’s a vicious cycle – you want to do something but aren’t sure what to do or how much, and on it goes.
That's what I'm here for - to help with all of the concerns that are swirling round your head.
I’m here to help you get on the right track and swim through the weeds of confusion to the other side where life is full of energy and fun! And we will do it bit by bit. As part of a team.
Nearly all of my Hearties come to me confused and unsure where to start but after as little as 1 month they are back doing the things they love and best of all, they have their life back.

Come join the other successful Hearties and I can help you get yours back too.
Yours in heart health,
Angela Hartley

It's a small price to pay to join the Healthy Hearties Inner Circle...

Being a member costs £47 per month (less than the price of a 1 hour session with me face to face).
You get so many of the benefits of training with me face to face without all the overheads! Cancel at any time, no contract.
I even offer a 14 day money back guarantee so that there is no risk to you. Tell me via email that you aren't happy within 14 days and I'll give you a full refund.
If you know you need the support and know the commitment will help you to stick to a plan then I'm offering 12 months for the price of 10 if you pay in full for the year. What a steal!

I can't wait to have you on board and help you to feel fitter, lighter, more energetic and have more confidence to do all the things you love again!

To join, please fill in your information:
Item
Price
£47 per month (cancel at any time)
£470 (12 months for the price of 10)
Your order has been declined. Please double check your Credit Card Details or contact support for information.
JOIN THE HEALTHY HEARTIES INNER CIRCLE NOW!

Feel reassured with my 14 Day Money Back Guarantee

If you aren't happy with the program, I'll refund you in full if you let me know within 14 days.
You are free to leave at any time. Simply cancel your membership before the 1st of the month (when the next payment is due).

All orders are through a very secure network. Your credit card information and contact details are stored securely. We never share your information and all storage of details complies with GDPR.